Over the weekend, I have received many questions about Venor, the project which I briefly discussed in my previous post. In preparing to market it, my friend Rebekah DeVall and I have begun a joint campaign for the release of our stories. (Tentatively, late 2019, but we’ll see what life–and my perfectionism–does.)

What is Venor about?

As a child, Mari is sold into the king’s harem. For the good of her family, her mother says. For years, Mari longs for freedom and a life beyond the walls of Shahrazad and the stretch of the king’s arm, but she is not fool enough to leave. Mari has seen what the king will do to those who betray him—the women’s heads yet adorn his walls. But when her sister’s life is threatened, Mari must do whatever it takes to rescue her.

From the day of her birth, Aelius has been a lie. Born to a father who cares not if she lives or dies, Aelius is mistaken for a son and sent to Rome’s auxiliary encampments. As a woman, hiding in a man’s world, Aelius dreams of being a healer, yet she must carry on her father’s legacy. She can count on one hand the number of times she sees him each year, and has lost count of the numerous events in which she has failed to bring glory to his name. Now, he returns for her, and brings with him the war of the centuries—Aelius’ last chance to earn her father’s respect and petition him to grant her wish.

When chance meeting places these two women in each others’ paths, Aelius finds that Mari may be the key to Shahrazad’s defeat. Can Aelius convince Mari to aid her in her quest and bring a cruel kingdom to its knees? Or will Mari be unwilling to sacrifice her newfound freedom to serve yet another king?

What does Venor mean and why did I choose this title?

This story has gone through more title changes than any story I’ve ever written. When I first started the project, it was tentatively entitled Narah. That was going to be Mari’s name, and she was going to be a Gaelic woman during the Roman conquering.

When all those aspects of her character changed and Mari’s character took on a more Persian/Middle Eastern essence, the title changed. I decided that I was going to entitle the story Queen of Jackals (because Mari affectionately refers to the band of men she travels with as the emperor’s jackals).

As the story further evolved, I decided that this did not fit the story entirely either because it was not inclusive of the second point of view provided by Aelius. At this point, the story was titled All the Hells I Have Known.

This title fit, to some extent, the darker themes of the story, but I became frustrated with the lack of hope in it. So, I retitled it again. I knew that both of the main characters were similar in one way–they were on a journey to discover themselves and who that was truly meant to be. By the time that NaNoWrimo came around in 2018, the story was tentatively called A Meipso Veni. Loosely translated from Latin this means “I come from myself.”

This title still didn’t sit right in my stomach. There seemed to be something missing from it as the story continued unraveling in my mind. Then, one day, I ran across a pin on Pinterest.

Pinterest had been reading my mind and slipping Latin vocabulary pins into my feed for weeks, but I finally found one that I had to keep. Venor.

Venor means to strive, to hunt, to seek after with abandon.

Who is the official cast of Venor?

Below are images that represent the characters best, in my mind. Please keep in mind that these images do not belong to me and will not be used in any publication capacity. All credit to the artists.

Mari is one of the point of view characters in Venor. She is 22-23 years old and grew up as the daughter of a nomadic shepherding family in the valley of Ni. 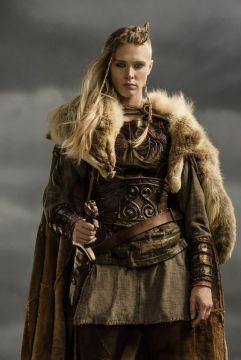 This picture represents Aelius. Of course, the real Aelius has much less lovely hair. But if she had long hair, this is what she would look like–in my mind.

Aelius is 20-21 years old. She is the daughter of Cillian and was raised in a military encampment. She is half-Roman and thus serves in the auxiliary forces. 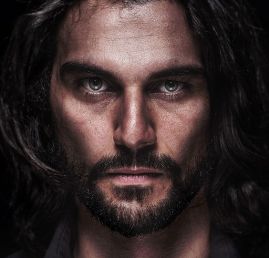 Gael is the ruler of the kingdom of Shahrazad. He is in his early forties and is a well-known warrior. His kingdom is the greatest enemy of Rome still in existence. 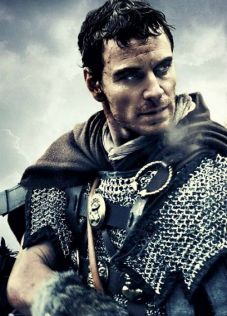 Cillian is Aelius’ father and cousin to the current emperor of Rome. He also in his early forties and is sent with an army to conquer Shahrazad. He will be praetor there if he succeeds in capturing the city.

Hadrianus is Aelius’ childhood friend. Though he’s a good deal older than she is, he is her closest confidant. He chooses to go with her and her father to conquer Shahrazad. He is the only person who knows Aelius’ secret.

What are some of the main settings in Venor?

The following are visuals created and credited to various authors describing what I envision various places in the story to be like.

Obviously, Rome is Rome. I won’t waste your time with visuals of that. (Though I think ancient Rome is gorgeous and could go on all day about it.)

Shahrazad is the grandest city in existence outside of Rome’s current occupation. It is built in a combination of Greek and Persian style and is surrounded by a great wall, as well as mountains. Shahrazard is a center of trade and blocks Rome from ports traveled to by many powerful countries across the sea.

One of my favorite places in Venor, and one you will get a minor glimpse of in up-coming posts is the valley and River Ni.

Ni means “I came from myself,” and this is one of the central themes of the story. Ni is one of the places that is most influential for the characters–particularly Mari.

If you’re interested in reading about the story behind Venor, click here to see my article, Write About What Matters. If you would like to see more information about Rebekah’s book, you can visit this link to see more about our joint campaign. (Check out her article, Write What Terrifies You.)

If you would like to be kept up to date on how our progress is going and receive special excerpts, art, and notices about these books please comment at the bottom or contact me and I will add you to our list/Facebook group!

If you have any thoughts or comments to share on anything you’ve read here, I’d love to hear from you. So comment below or contact me. 🙂

6 thoughts on “Writing Update: What is Venor?”